Situated in the very centre of Dunfermline The Linen Quarter is adjacent to the historic Carnegie Leisure Centre and Fire Station Creative, only minutes walk from the Dunfermline High Street with it’s plentiful shops, restaurants and eateries.

Dunfermline is Fife's largest town, sitting on high ground 3 miles North of the Firth of Forth and approximately 17 miles North West of Edinburgh which can be reached in 3o minutes by train or car.

During the 19th century, Dunfermline became a world leader in the manufacture of table linen. Although damask weaving had been introduced in the town early the previous century, it look some time to develop. The scale of this could not have been achieved without the introduction of steam power and Pilmuir Works is credited as being the first of Dunfermline’s power loom linen mills. 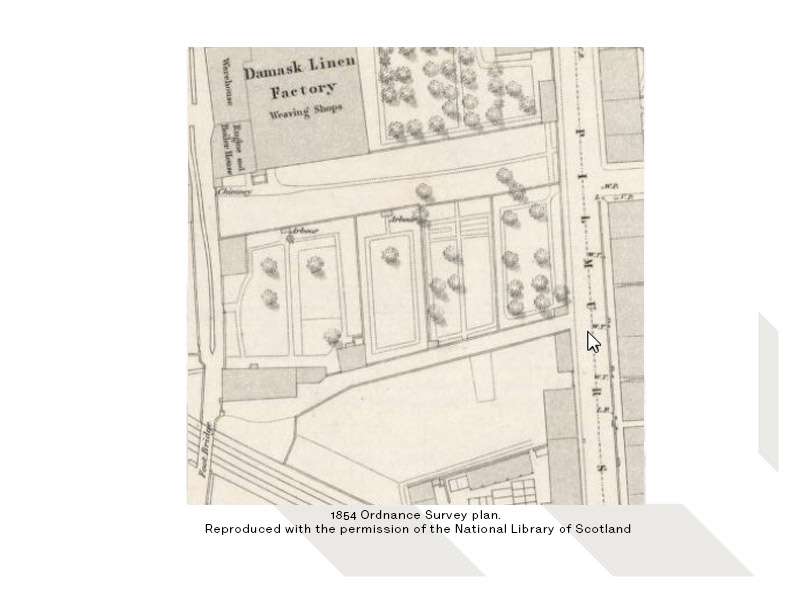 Pilmuir Works opens as the first steam power weaving factory incorporating the oldest buildings on the site, in the north-west corner, dating back to 1816. 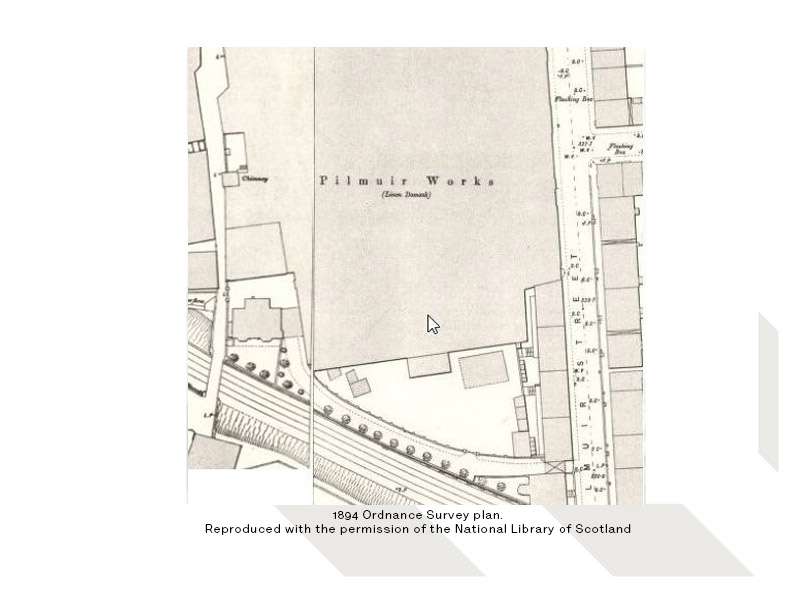 The site has been extended further to its current size with a 28-bay 3-storey Italianate warehouse and office block facing onto Pilmuir Street, weaving sheds and the iconic polychromatic red and yellow octagonal-plan brick industrial chimney. At this point in time, there were 700 looms and over one thousand people employed.

A 1st floor shallow-arched ‘bridge of sighs’ is constructed to connect Pilmuir Works with St Margaret’s Works opposite to the north on Foundry Street.

The significance of the site is recognised and the building is given category A Listed status.

The factory closes its doors for the last time. With a series of plans being proposed but never coming to fruition, the site deteriorates over the period from then until now.

A fire causes extensive damage to the building on Winterthur Lane and further deterioration happens across the site due to water ingress and general decline of the fabric of the building.

Byzantian Developments Ltd acquires the site and an exciting Planning application is submitted to regenerate the site and restore Scotland’s iconic built heritage.

The Linen Quarter development shall secure the preservation of Dunfermline’s last remaining Grade A Listed linen works and create an innovative and mixed use neighbourhood.